Sofia Magdalena church, Ruovesi Kirkkotie 1. The church was built in 1778. It was designed by Matti Åkerblom. The church can seat about 1100 people.

Murole church is open by agreement.

Church boats: two in the marina and one in the churchyard.

Ryövärinkuoppa, Siikakankaantie 414. A half a kilometre trail passing through a lush open spring, surrounded by a wide range of plant species. The name of the area translates as the Bandit’s Hole, originates from its reputation as a hideout for bandits in ancient times. The lush valley contains streams with trees felled by beavers. It is a conservation area.

Runebergin lähde, Runeberg’s spring, is a spring at the end of the Runebergintie road, which branches off Ruovedentie at plot number 12. The spring is one of major sights of natural history in Finland, and it was a meeting place even before Runeberg’s time. J. L. Runeberg lived in Ruovesi and worked as a home teacher. His poem, Vid en Källa (At a Spring), was inspired by this spring. The poet´s trail is an atmospheric trail about 600 m long going from Runeberg’s spring (Ruovedentie/Runebergintie) to the marina (Laivarannantie 5).

The Museum road, Peräkunnantie from the 18th century (now called Pasarlammintie), is an intact monument to peasant road and bridge building. There are sight signs on both ends of this 8 km loop where it branches off from the Ruovesi–Kuru road, Pihlajalahdentie, road 337.

Ollinkivi is an erratic boulder that was placed under protection in 1924 as the first subject in Finland in accordance with the Nature Conservation Act of 1923. The glacial erratic was subject to preservation in 1924. The rock is located on the right-hand side of the road, about 250 metres from the Siikaneva car park. The road from Orivesi to Ruovesi used to travel past Ollikivi. This stretch of road was known as the “bad verst” because the road contains 40 hills. According to a tale in Zacharias Topelius’ Talvi-iltain tarinat (“Winter evening stories”) the boulder, precariously sitting on mid-slope, will slide down onto any passer-by who is a traitor. 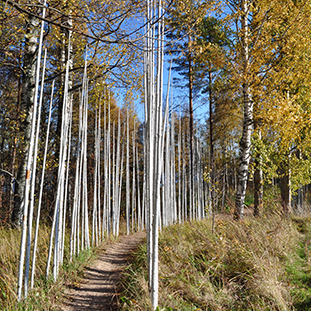 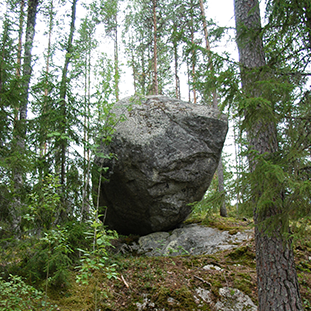 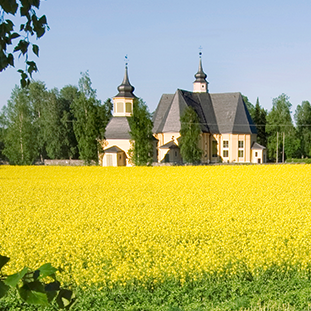